new-zealand.realigro.com is the first worldwide real estate search engine where you can look up listings of homes for sale in New Zealand

Property for sale in New Zealand

New Zealand is located south-west of the Pacific Ocean and consists of two main islands formed by the action of volcanoes and glaciations. The capital Wellington, in the North Island, is home to Te Papa Tongarewa, the great national museum.

If you want to buy a property for sale in New Zealand, the government has recently passed a law to prevent foreigners from buying a house in the pristine oceanic island.

Unless residents, Australians or Singaporeans (with whom there is a free market agreement), in fact, the real estate market will have only limited access to foreigners who dream of refuge in the wild nature of the land that inspired the film adaptations of Tolkien's novels. However, this is a stop that

mainly affects the super rich Chinese and Americans, the most interested in buying a property for sale in New Zealand.

In ten years, in New Zealand, house prices have increased by 60% (with peaks of + 100% in the capital), hand in hand with the decline of local owners compared to foreigners. However, they weigh only 3% of the market, and are mainly interested in buying new property for sale in New Zealand.

Against the rise in property prices, however, the tightening of bank credit imposed by the last year also played its role: in July the price level was 1.8% lower than the previous month.

The average value of Auckland property has risen by just 0.6% during the year. In addition, the nationwide properties took on average more than a day to sell compared to last year, indicating that the demand is actually decreasing.

On the other hand, property prices in all other regions of New Zealand have increased at a much higher rate, and some factors suggest that 2018 could see the real estate market continue its strong growth.

New Zealand is prey to a shortage of housing supply which is widely regarded as one of the drivers of price increases. However, data forecasts suggest that it could start to change in 2018.

Despite this, the insufficient supply problem will not be solved after a good year, which means that these levels of construction will continue until 2019 and beyond.

Perhaps not surprisingly, Queenstown was the number one destination people would have chosen to live here and to purchase a property for sale in New Zealand. Queenstown is a fantastic place. It is a year-round destination with extraordinary outdoor activities in the summer months and world-class skiing in winter.

House prices are high ,recently overtaking Auckland as the highest in the country, so you may have to live in one of the suburbs, but it is quite beautiful, the views are amazing throughout the Central Otago region.

Queenstown deserves its place at the top of our list of the best places to live in New Zealand.

At number two on our list for looking property for sale in New Zealand is Napier. Located in the heart of Hawke's Bay, Napier is a wonderful place for yourself if you are planning a transfer to New Zealand. The cost of living in Napier is much lower than in larger cities like Auckland, Wellington and Queenstown, which makes it an interesting proposition.

If you're looking for a slightly different place, Rotorua is definitely one of the best places to live and searching a property for sale in New Zealand. It is a tourist hotspot which means many jobs. It is also a year-round destination due to the geothermal attractions that the city is most famous for and which means that many visitors pour here during the winter months.

Rotorua enjoys a central location on the North Island making it super accessible.

More news on the real estate market
Other 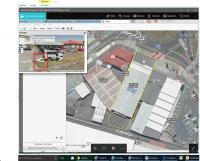 817,086.61USD
For sale
Farmhouse
460 m²
List of chattels, on request, too numerous to mention, but include High Zone van, tractor, spa pool, etc. For the ultimate lifestyle with income, sit...
Add to favourites Details 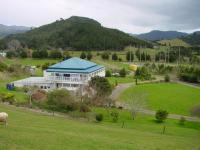 292,490.59USD
For sale
Other (Residential)
126 m²
Where can you find a House & Land package with less maintenance and no lawns to do? … That’s actually affordable? … That’s in a quiet location with al...
Ask info about similar real estates
REALIGRO FREE ADVERT
UNAVAILABLE
Cod. 5948

358,000.00USD
For sale
House
520 m²
With building costs projected to increase over the next few months this is an increasingly rare opportunity to purchase a quality built brand new home...
Ask info about similar real estates
REALIGRO FREE ADVERT
UNAVAILABLE

» Show more
Why choose Realigro?
There are many reasons for choosing Realigro. We summarized them in this beautiful infographic
Free
and Premium Services Check out how easy it is to sell or find your home with our Free and Premium services
Professional Services Discover how to increase your business opportunities
Collaboration between Property portals Do you have a property portal with a nationwide focus? Publish your database on Realigro.
Property for sale
» Other
2005-2022 REALIGRO REAL ESTATE LTD. All Rights Reserved - VAT Nr: 893969932
Neikos Digital Agency
BB